What Would Happen If We Didn’t Hunt Wild Pigs?

What The Worst That Would Happen If We Didn’t Hunt Wild Hogs?

Feral hogs are adaptable, smart, and have an appetite for just about everything that’s organic. They are known to cause the US government and taxpayers losses worth millions each year, and that’s why the US Department of Agriculture announced $75 million in funding for a pilot program aimed at controlling the number of feral pigs in the country. The effort as you’d imagine is focused on areas where these wild boars as they are called are causing the most damage.

So what would happen if we allowed them to run wild and free? Well, let’s run through this scenario hypnotically. 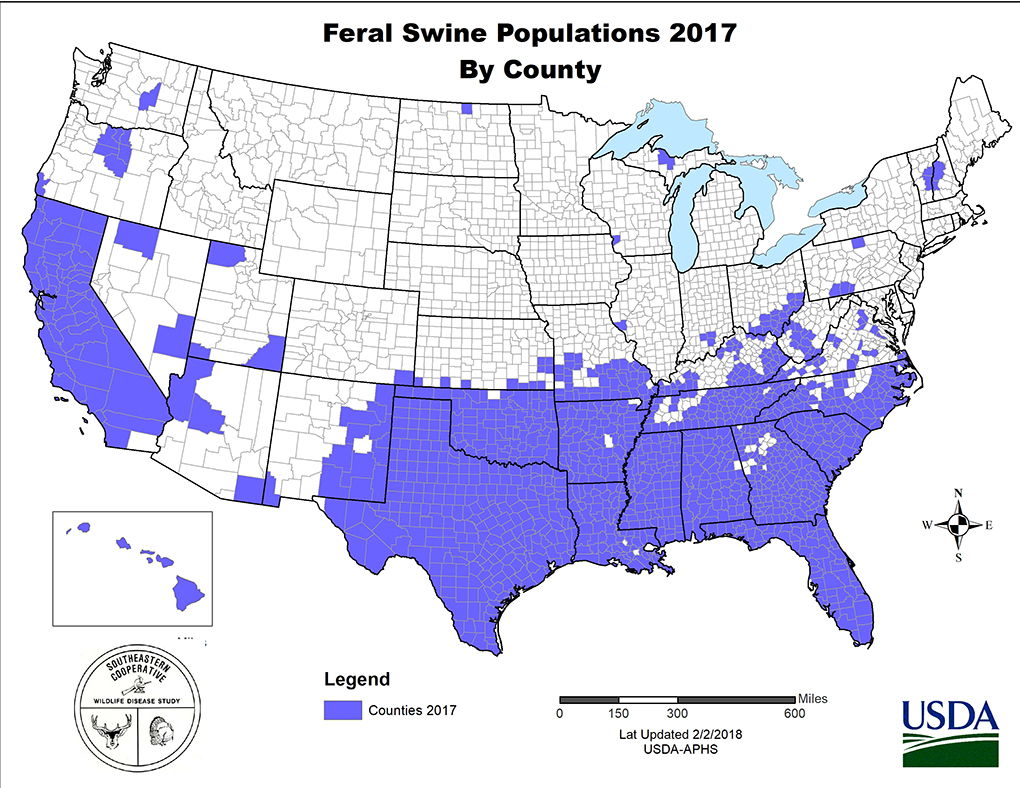 That’s right it is currently estimated that there are seven million feral hogs across 35 states. The USDA, says that they cause roughly $2 billion in damages each year and that’s just a conservative estimate. It has been described as the most significant emerging wildlife challenge that the US has faced in the 21st century.

Pigs were introduced to the Americas by the Europeans in the 1500’s. They were brought mainly for food and back then their numbers were kept in check. However, things went out of hand when sports hunters imported large numbers of wild boars in the 1900’s. That’s why today we have everything from wild boars to domestic pigs gone wild (no pun intended) and hybrids.

Now take into consideration that a feral pig can have a littler of up to thirteen, live for five years and start reproducing twice a year when they are 12 months old. Even the most conservative estimates see the pig population growing by as much as 75% each year on average causing ecological devastation in its wake.

How Many Do We Need to Hunt?

Feral hogs breed too fast for hunters to keep up. Now if we were aiming to wipe out the population, we’d have to kill up to 80% a year, but recreational hunting only reduces these numbers by a quarter. While feral wild pigs are also relatively easy prey for other predators like alligators, coyotes, and lions there are way too many pigs than predators. On the other hand these animals will thrive just about anywhere from the arctic to the tropical jungles of Cambodia.

If left unchecked and not hunted the way they should, wild pigs will soon become a nightmare for conservationists, archaeologists, and farmers. Hogs are known to tear up crops and not only do they eat anything, but they will search for food in the soil destroying it in the process. Not to mention the fact that rapid and repeated trampling will wreck many areas causing billions of dollars’ worth of damages in America alone.

Soon every natural habitat will be trampled with watersheds being the worst impacted since wild pigs love to root around these areas. They also wallow in the water to cool off in between searching for food. However, these activities will soon lead to increased sediments in streams, soil erosion, and a loss of plants. Furthermore, there will be far too many diseases for humans to keep up with since they introduce various pathogens into the water contributing not just to human tragedies but killing fish and other animals.

The above mentioned are a conservative hypothesis of what could happen if we didn’t hunt wild pigs. That’s why if you’re not killing them today, then now is the time to start.

One of the fastest ways to take out large numbers of feral swine is with helicopter hunting.