How Much Damage Can A Feral Hog Actually Do? – FACTS 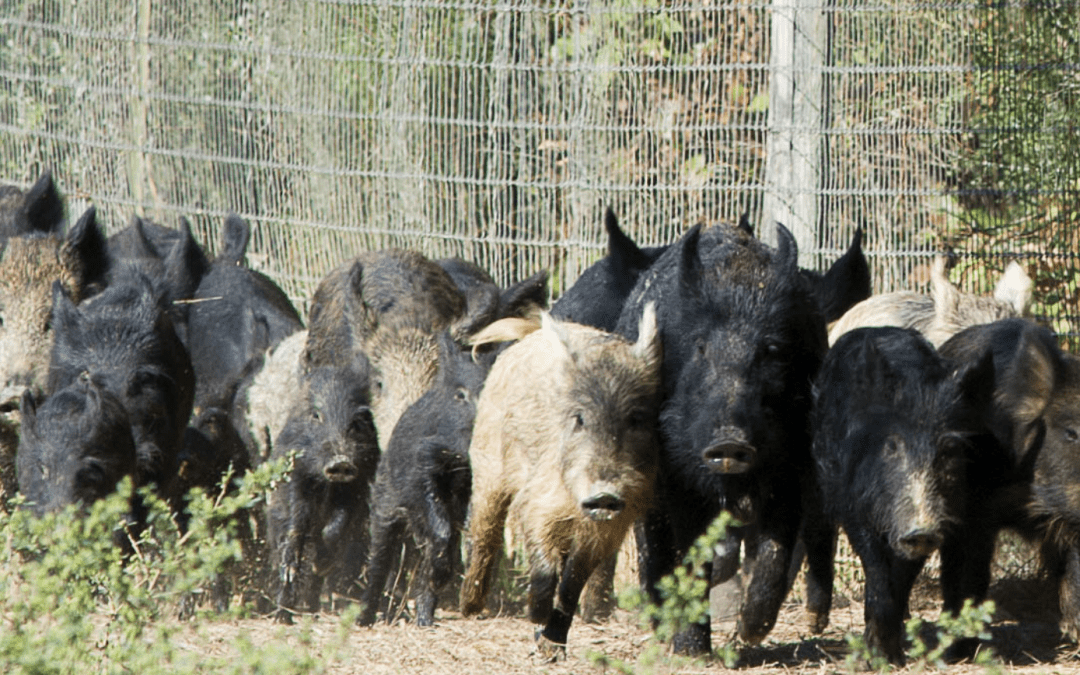 If a species is bringing harm to agriculture, livestock, or humans in an area, governments may approve depredation hunts. These are short, seasonal hunts that are tightly regulated. Wild hogs cause approximately $2.5 billion in damages each year, which means they are a target for depredation hunts in many areas. As a hunter, you’ll want to make sure you understand the difference between depredation and hunting wild hogs.

How Do Depredation Hunts Work?

If the government approves depredation hunts for an animal, they will grant hunting tags for that animal to a limited number of hunters. While it is possible to obtain depredation permits for certain types of birds from the U.S. Fish & Wildlife Service, permits for wild hogs are granted at a state level.

The rules surrounding depredation vary from one state to the next. A number of states manage these hunts through a pool system. Hunters in these states will have to submit an application asking to be included in the pool for depredation hunts. Some states have additional restrictions surrounding pools. For example, a hunter may only be able to obtain depredation tags for two animals each year. 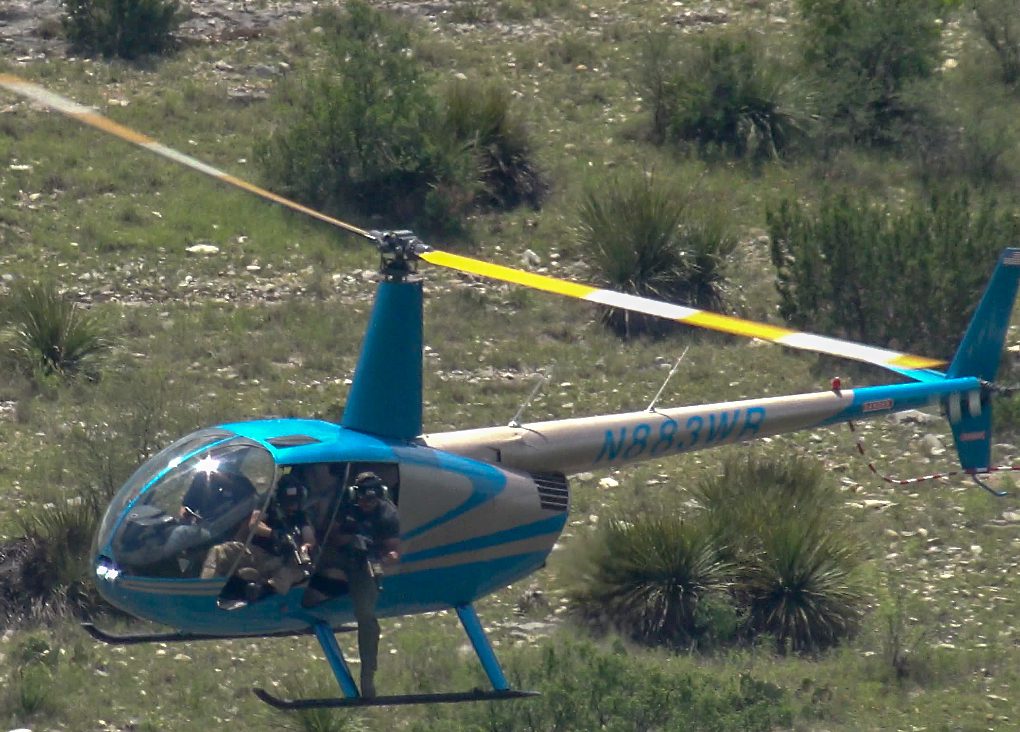 Why Would A Hunter Obtain A Depredation Permit?

Hunters seek these permits for a number of reasons. In some cases, hunters want these permits because they’re having issues with the animal in question. Wild hogs can be incredibly destructive, and they can also be downright dangerous. If someone is spotting hogs on their property, they might want to be able to handle the problem themselves.

It’s also common for hunters to look into depredation tags if they’ve had a particularly poor hunting season. When you have one of these permits, you’ll be able to hunt outside of the usual season, and may even be able to get around some of the hunting restrictions that your state has. People that are passionate about hunting often appreciate the additional level of freedom that these permits can provide.

What Are The Laws For Hunting Wild Hogs?

The laws for hunting feral hogs vary from state to state. With that said, it is possible to hunt these hogs even without a depredation permit. As mentioned above, these permits allow hunters to kill animals without following the usual laws and restrictions.

Before you plan any kind of hunting trip, you’ll want to look at the laws in both your state and your county. Even though 12 states allow feral hogs to be hunted year-round, there are still some restrictions in certain areas. It’s also important to see what kinds of permits you’ll have to obtain in order to hunt hogs. 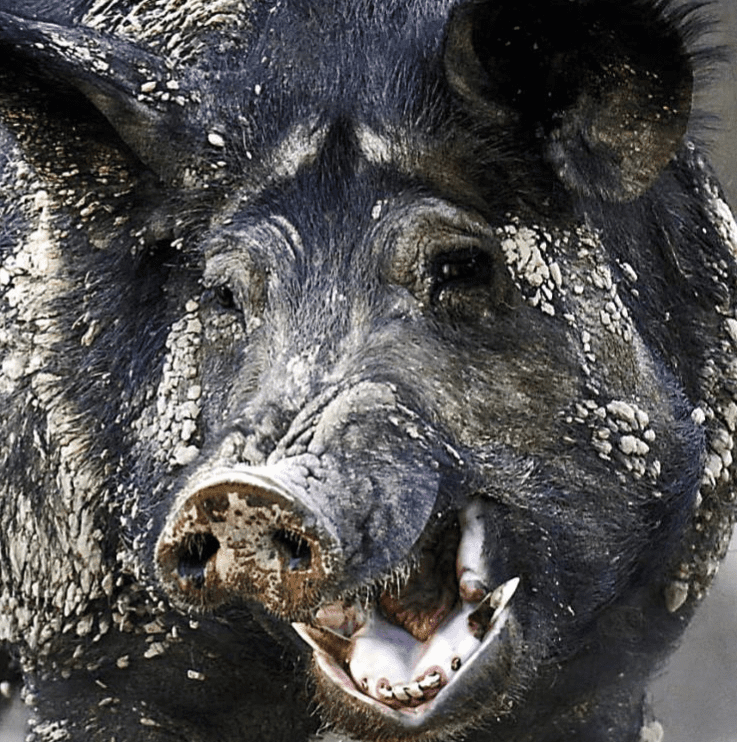 What Kind Of Damage Can Feral Hogs Cause?

It’s common for states to allow depredation permits for wild hogs because of the level of damage that they can cause. Hogs are omnivores that will eat virtually anything. It’s not at all unusual for hogs to destroy crops as they eat their way through them. Hogs also cause soil erosion and property damage. Many hogs are carriers for diseases, which means that it can be a serious threat to livestock.

Although hogs will usually flee when approached by humans, there are some attacks on record. Hogs will also attack other animals, including household pets. Feral hog infestations can cause serious damage.

The hog population is on the rise in many states, which is why several states have lifted most restrictions around hog hunting. Even states that still have restrictions are often willing to provide depredation permits.

Can Hogs Be Hunted For Meat?

Because hogs can be carriers of bacteria, it’s best to be cautious when eating this meat. Hog meat cannot be sold commercially unless the hog is taken to a statewide buying station while it is still alive. While trapping a hog can be a challenge, there are still hundreds of thousands of hogs brought to these processing stations each year.

Feral hog meat is much sweeter than the meat that comes from domestic pigs. Unlike the meat from other types of wild animals, this meat doesn’t tend to be overly gamey. It’s a lean type of meat that is actually lower in cholesterol than domestic pork.

If you’re considering hunting feral hogs for meat, you’ll want to be cautious, particularly if you’re hunting hogs with a depredation permit. You should be aware of the bacteria that the hogs might be carrying. Even though cooking the meat should be able to get rid of bacteria and parasites, you’ll want to take extra precautions to ensure that there are no issues.

If you’re interested in having hog meat commercially processed, you’ll want to see if there are buying stations in your state. There are over 100 buying stations in Texas alone, which means there may be a station in your area. You can typically trap a hog by placing bait in a large cage. The door of the cage can be rigged to close on the hog. Once the door has closed, the hog can be brought to the station alive.

There are clear differences between depredation and ordinary hunting when it comes to wild hogs. Although many states have lax restrictions when it comes to hunting wild hogs, there are still situations where a hunter may want to look into obtaining a depredation permit. If you’re considering hunting feral hogs, you’ll want to research the laws on both hunting and depredation in your area.