30 years in the hunting business! A full-time staff and we hunt 7 days a week 365!  We are the only full-time business that offers helicopter pig hunting in Texas and the whole United States.

Wild hogs are among the most destructive invasive species in the United States today. Two million to six million of the animals are wreaking havoc in at least 39 states and four Canadian provinces; half are in Texas, where they do some $400 million in damages annually.

There are now around 2.6 million hogs in Texas, more than anywhere else in the United States. Their foraging causes about $52 million in annual agricultural damage. ​ 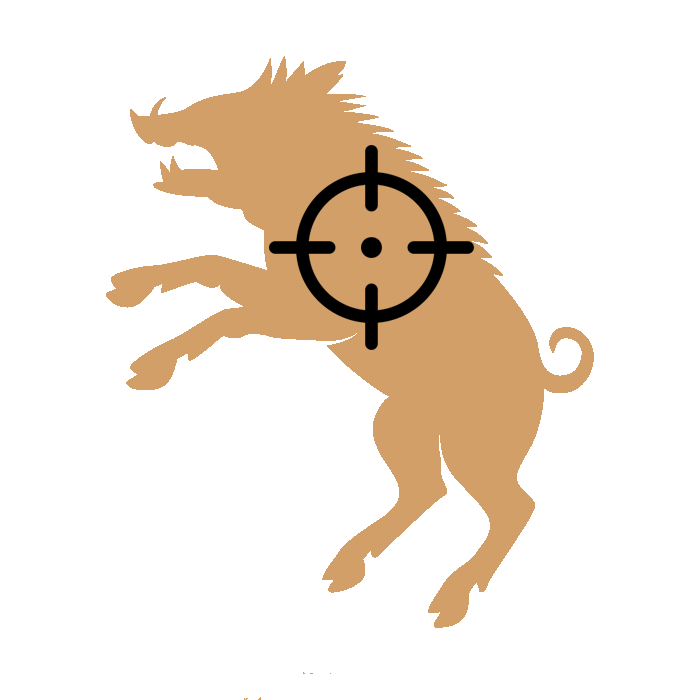 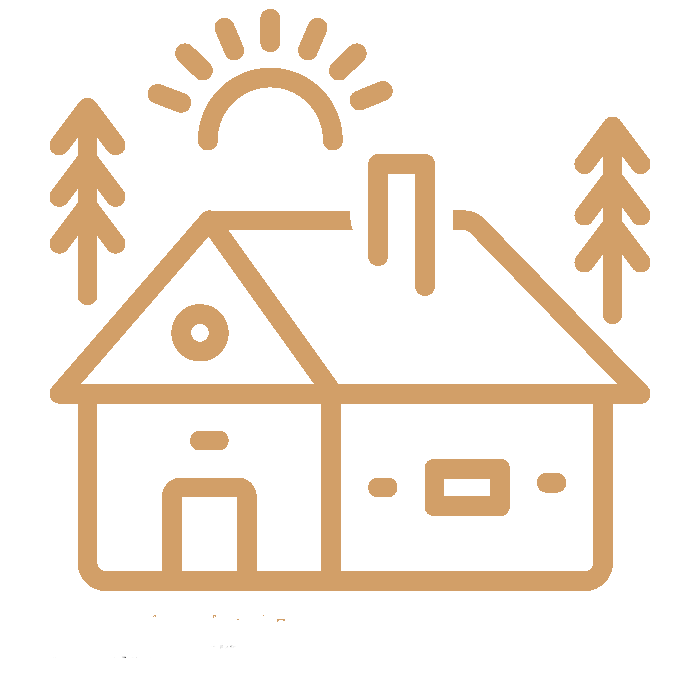 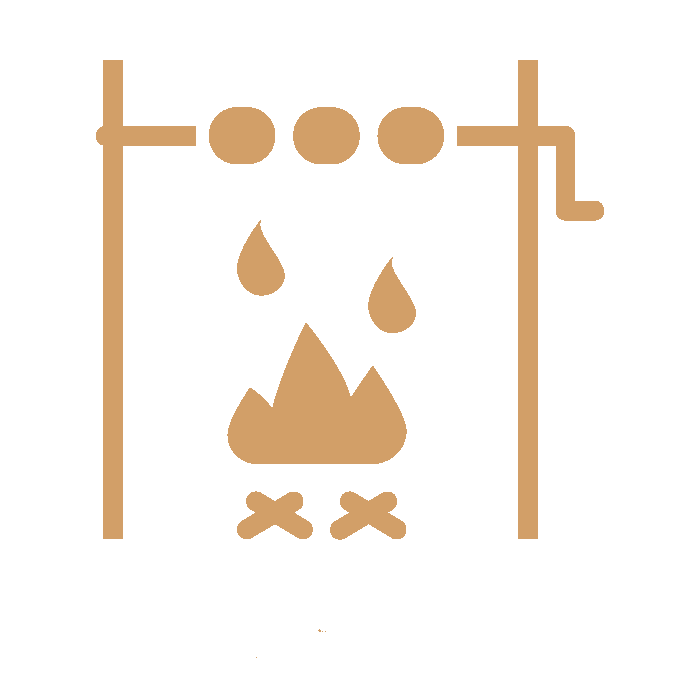 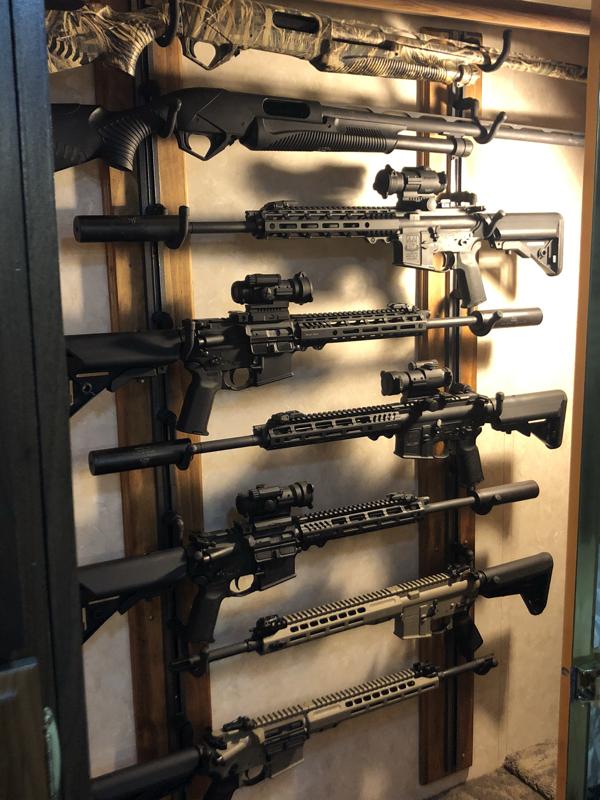 Have you ever shot wild pigs from a helicopter?

Can I eat the feral hogs?

While hog meat is delicious, any feral pig shot from a helicopter must be left where they lay.  This is an eradication hunt and not a game hunt. We have ground hunting options for trophies, mounting and meat.

Can I bring my own guns?

We supply our own guns and ammo.  While we are sure that your personal arsenal is great, we have to keep safety in mind.  Our rifles are cleaned and maintained for best hunting results and the safety of everyone involved.

When is the best season to hunt feral hogs?

Unlike most game animals, feral hogs DO NOT have a set mating season.  This means that they are constantly reproducing all year round. With 2.5 million acres of land to choose from, there are always new groups of feral hogs to eradicate.

Do I need a hunting license?

No. A Texas hunting license is no longer required to participate in the Helicopter Pig Hunting Depredation program. If you intend to do additional fishing, bird hunting, deer hunting, or exotic hunting while you are in Texas, that will require a license.

Is shooting pigs from a helicopter legal?

Oh yeah.  “The U.S. Department of Agriculture (USDA)announced today it is offering $75 million in funding for the eradication and control of feral swine through the Feral Swine Eradication and Control Pilot Program (FSCP) in a joint effort between USDA’s Natural Resources Conservation Service (NRCS) and Animal and Plant Health Inspection Service (APHIS). The 2018 Farm Bill included this new pilot program to help address the threat that feral swine pose to agriculture, ecosystems and human and animal health.”  Read more about it here… 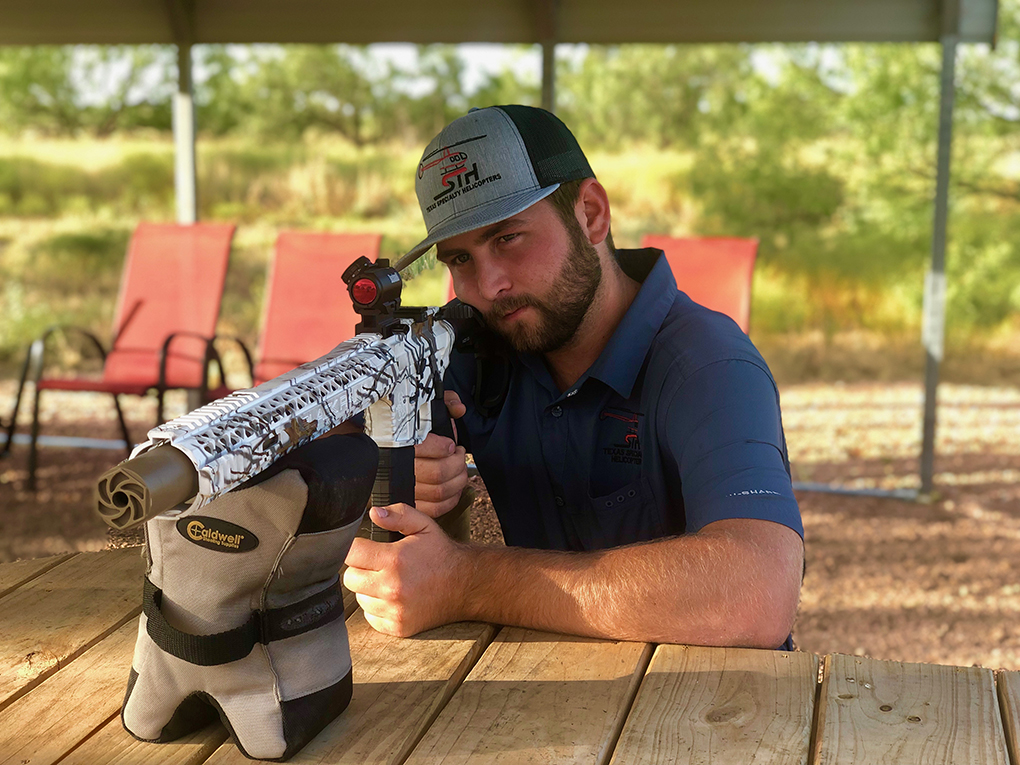 Daniel Park grew up with the love of the outdoors. Throughout life he has committed his studies, time and hobbies around his passion for nature. Daniel grew up in a small community in central Texas. After completion of high school, he choose Angelo State University to further his knowledge and skills in the wildlife industry.

He has been in the hunting business four years and at TSH for 2 years. Daniel is studying Ag Business, at Angelo State University. He also enjoys hunting, fishing, golfing and anything outdoors.

Liam Kelly was born and raised in southern California. He met his wife while serving in the Marine Corps as a CH-53E Helicopter Crew Chief. After separating from the military he moved with his wife and son to her hometown of San Angelo, TX. He enjoys playing instruments and has a passion for firearms and knives. He says that he should’ve been born a Texan and is loving the life out here.

Chef Patrick Pinkston has a degree from AAS Culinary Arts College and has over 20 years of experience and specializes in procuring and preparing fresh local meats.

Chef Patrick’s ingenuity in the kitchen is stimulated by his belief that food should not be overworked, but rather appreciated for its simplicity and natural perfection. This philosophy is evident in his innovative menus that focus on fresh, local ingredients procured from a network of artisans and farmers.

Food is the epicenter of Chef Patrick’s life – it inspires him every day.

Rob is very good at working with both adults and children in fishing tournaments. He enjoys promoting the sport of fishing and hunting to further enhance future generations of outdoors men. 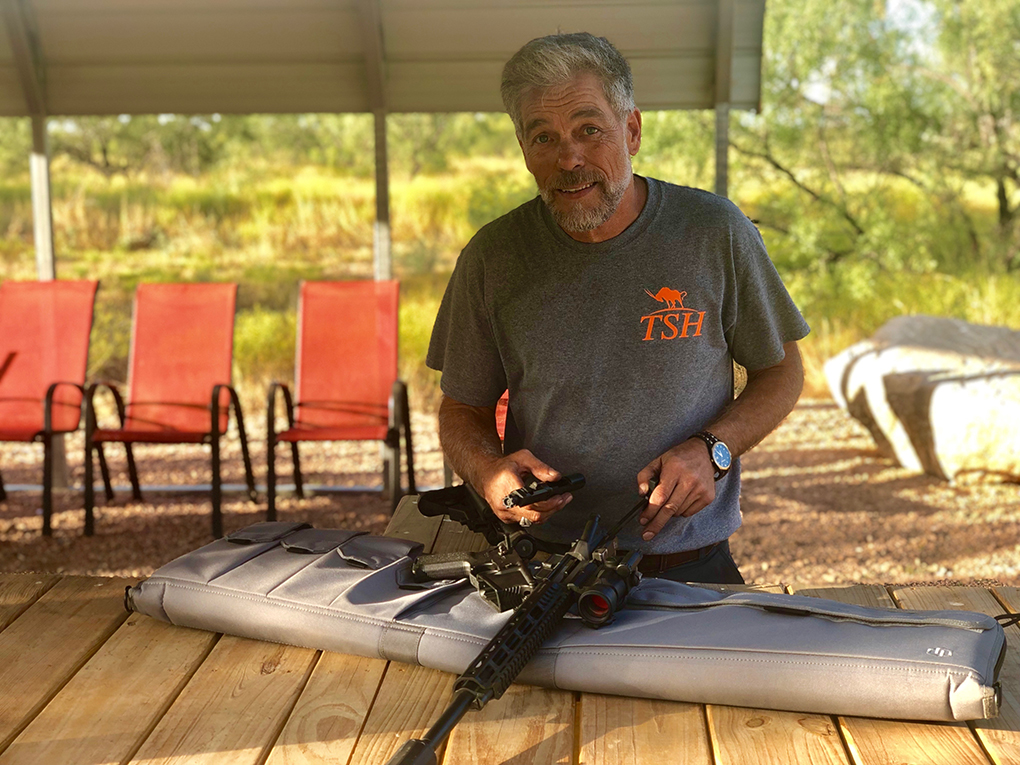 Jim Huntley is our chief guide of our Helicopter Pig Hunting. He is also in charge of safety operations for our company.

Dillon Lutz is our helicopter hog hunting pilot who developed his passion for aviation after serving in the US Army. Dillon comes to us from South Dakota where he enjoys hunting and fishing with his family and riding motocross. 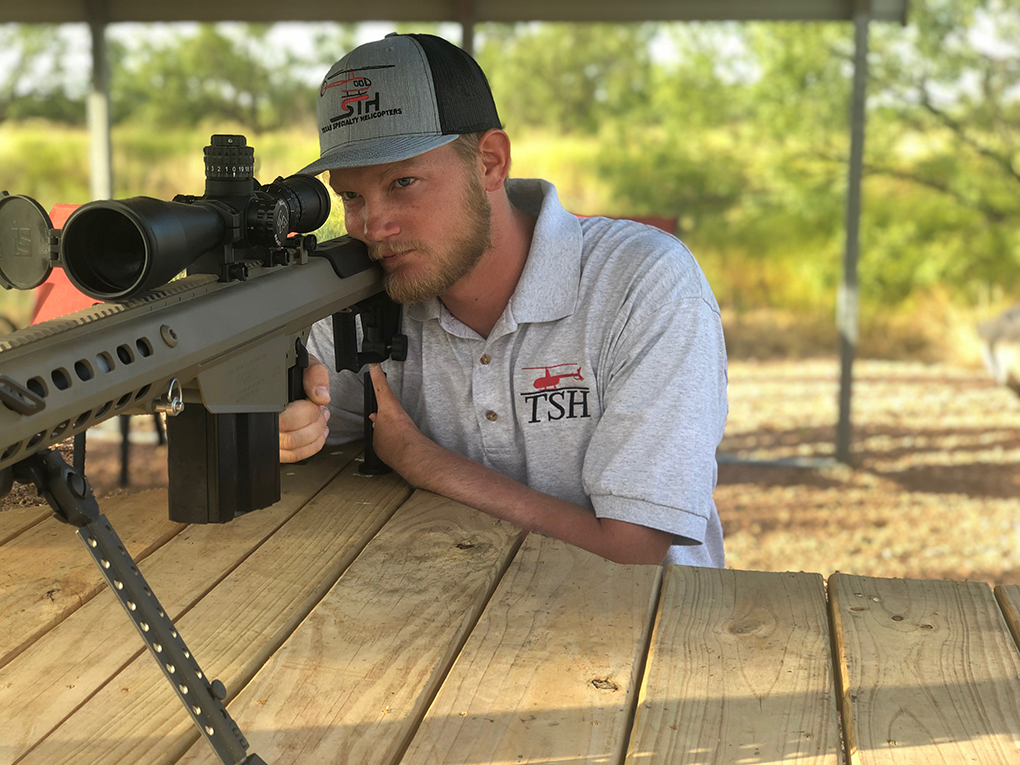 Bass enjoys hunting whitetail deer, predator hunting, fishing, and recently golfing, although he admits he is not very good at the sport yet.

Mercy grew up in The Last Frontier in Anchorage, Alaska. From early childhood, she was exposed to wilderness adventures in the great outdoors. Whether she was running in the mountains, canoeing from the foot of Portage Glacier, skiing on the vast trail systems, orienteering through wilderness territory, shooting at the Cook Inlet range, moose hunting with friends, hiking remotely with bear bells or fishing for Alaskan salmon and halibut, she never strayed far from her love for adventure and the outdoors. Her sense of adventure has continued to develop as she has lived in Oregon, Minnesota, California and Colorado. Mercy currently resides with her family in Las Vegas, NV.

Mercy’s business career has been as eclectic as her outdoor experiences. Including a wide array of specialties such as sales, marketing, hospitality, luxury travel, branding and hunting and fishing sales and partnerships. All of these contribute to her success here at Gage Outdoors.

Holly was a rescue dog who is enjoying living at Divided Find Ranch now!

We have 8 different helicopters to choose from for heli-hunting, tours and land surveying.  Click the pic below to get the specs on our R-44’s and R-66 Turbines. 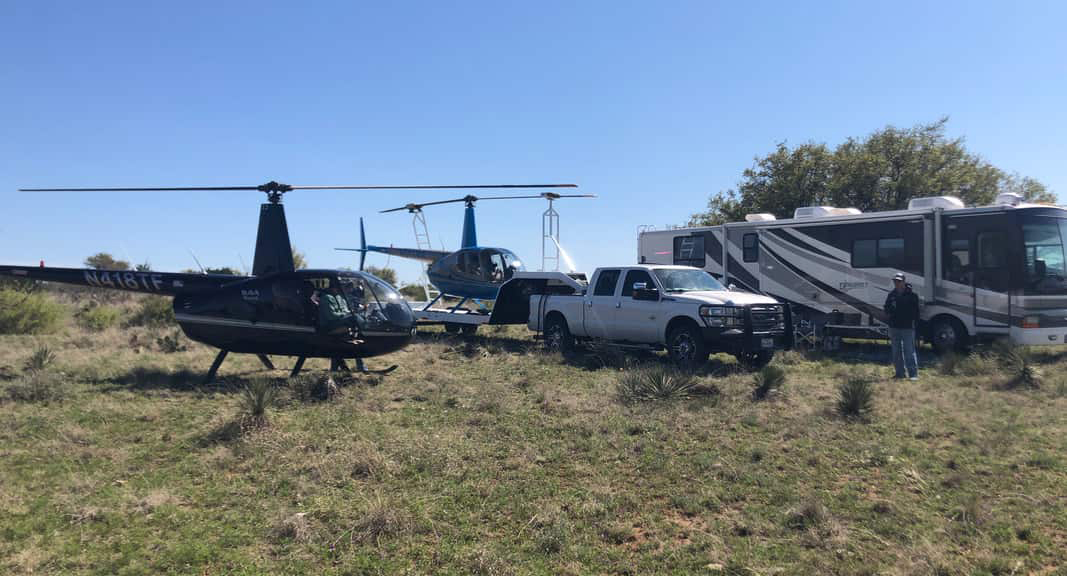 We have 2.5 million acres of hunting ground.  We have private cabins, as well as lodges for sleeping.  HPH also offers a sports bar, private dining area, a rifle range, skeet range and much much. Click below for more info. 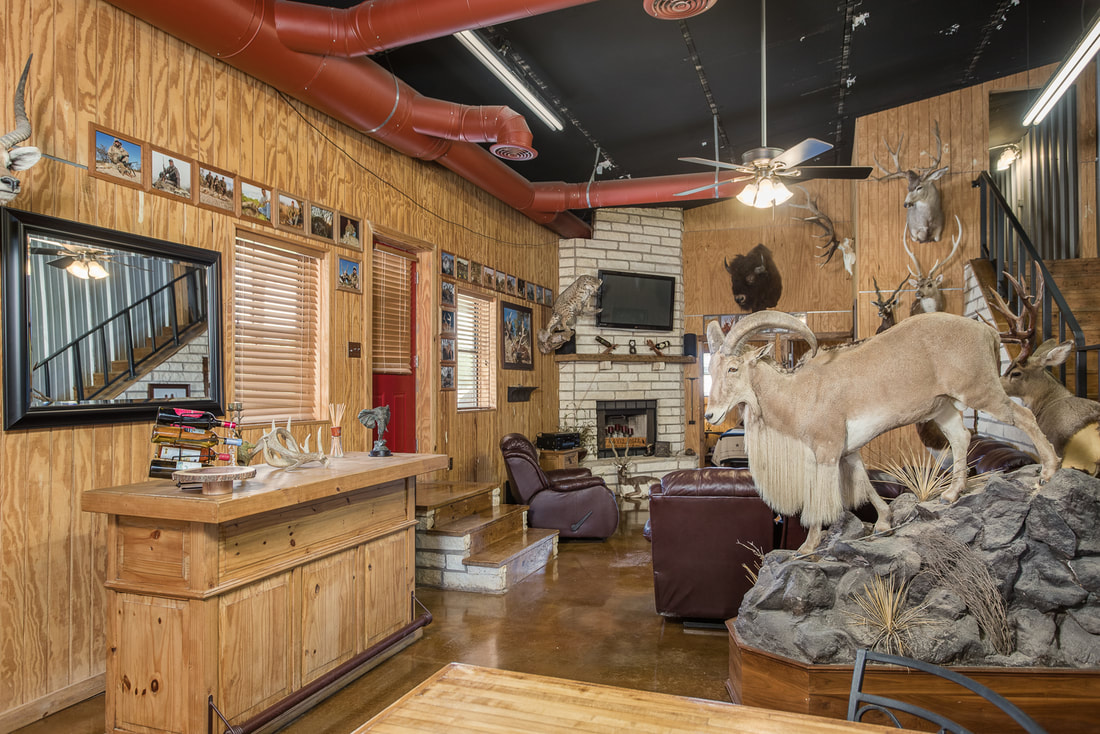